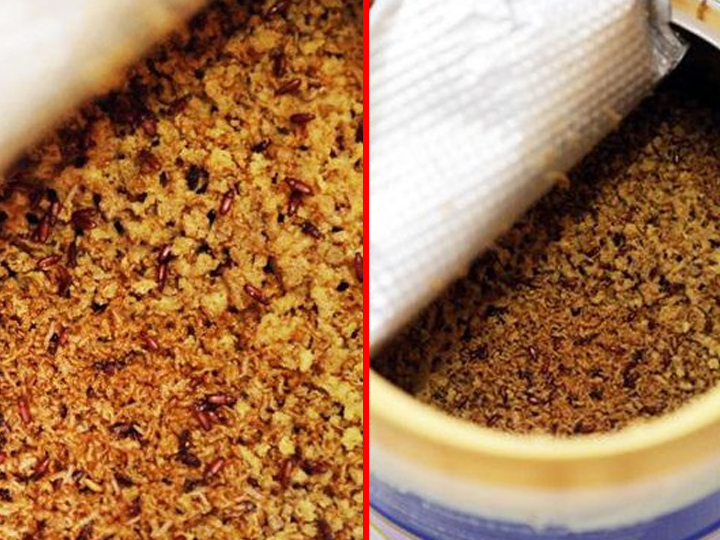 It’s hard enough to raise a child, without having to worry that the milk powder you bought could give it a terrible bout of tummy ache!

34-year-old Mdm Cai had gone shopping 2 weeks ago (27 Oct) when she bought a tin of Friso milk powder for her child from a shopping mall in Jurong.

Three days later, she was with her maid when the maid opened the tin of milk powder.

What they saw gave a huge shock and made them nauseas.

“A putrid odour came out from the tin. When I looked carefully, I saw that the colour of the milk powder wasn’t right. It had hardened and there were worms wriggling about!”

Mdm Cai quickly asked her maid to close the tin, then told her to seal the tin to prevent the worms from crawling out.

When her husband returned to Singapore on 31 Oct, Mdm Cai and him drafted an email of complaint and sent it to the company.

The next day, the company sent someone to investigate the matter.

The staff bore gifts including a new tin of milk powder and some other children’s items.

But when the staff wanted to take the tin of contaminated milk powder away, Mdm Cai said “no”.

Mdm Cai wants to send the tin of contaminated milk powder to local food authorities to get the powder tested.

She has warned other moms to be careful when they buy milk powder.