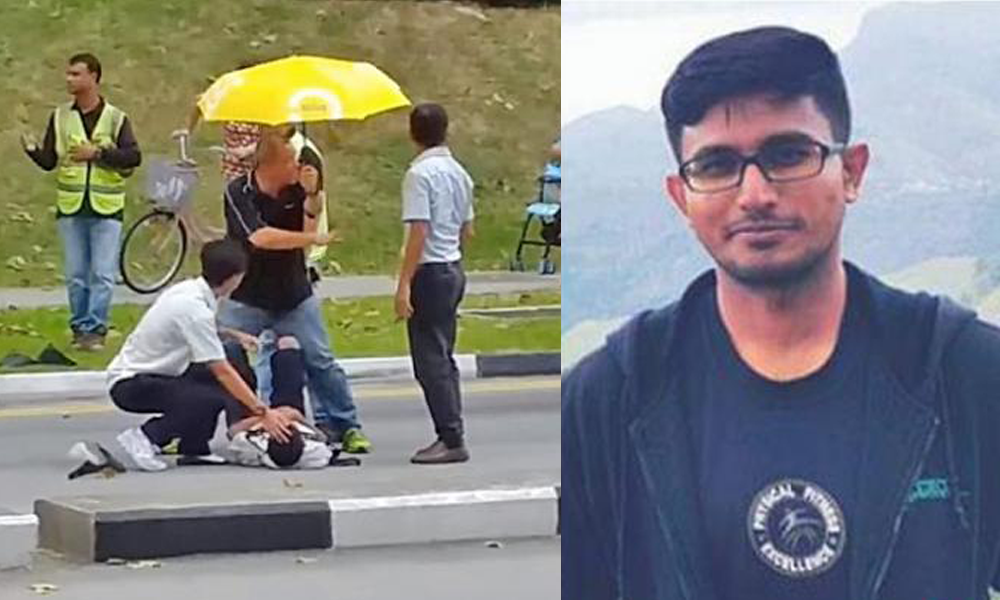 A 26-year-old motorcyclist died after crashing into a student yesterday.

The motorcyclist, reportedly a fireman with the Singapore Civil Defence Force, had just wedded 4 months ago.

At about 1pm, he was riding along Hougang Avenue 9 towards Yio Chu Kang Road when he crashed into the 16-year-old boy who was crossing the road.

The boy is believed to have been jaywalking at the time.

An eyewitness said that the crash left the motorcyclist with severe head injuries, and the student looked like his leg was twisted and tried to stand up but couldn’t.

Both were sent to Tan Tock Seng Hospital.

While the student survived, the motorcyclist died from his injuries.