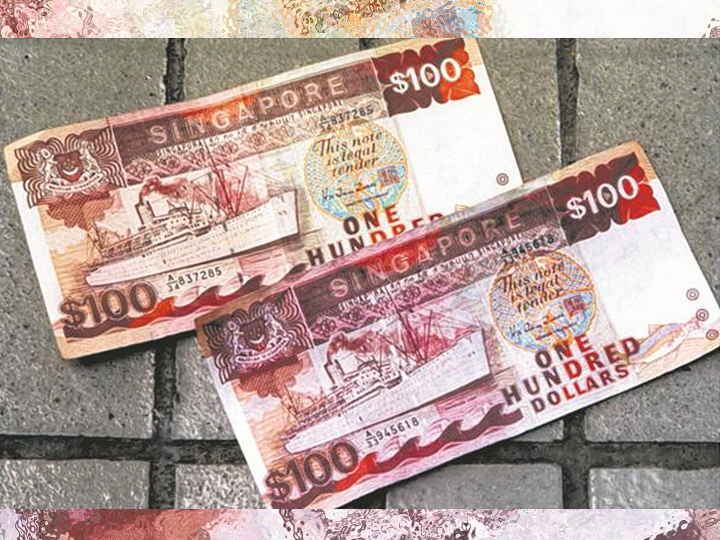 Which of these notes is the real deal?

It’s the top one.

But one 22-year-old who’s been jailed for 4 months on cheating and fraud charges was banking on the idea that many cashiers across Singapore wouldn’t be able to tell the difference.

Having found a fake S$100 note by chance at East Coast Park, he scanned and printed out 7 copies of the fake notes.

He then went to minimarts and other department stores to make purchases so as to exchange the fake S$100 notes for real cash.

One of those purchases included a packet of cigarettes, which was bought when he was showing off his new fake notes to his younger brother.

Some tell-tale signs include the feel of the engraving, and the weight of the printed braille code.

You can find out more about how to tell when a note is fake here, courtesy of the Monetary Authority of Singapore.