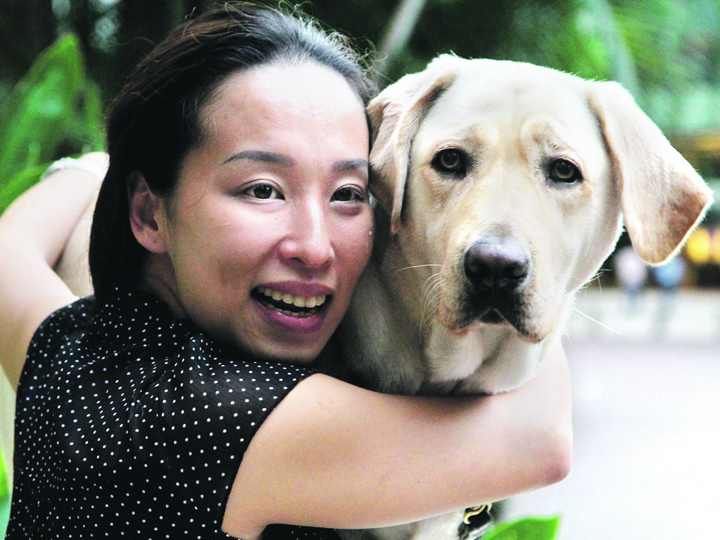 The security guard working at the Zara store in Ngee Ann City has been removed from his post by his company, a third-party security firm.

This comes after an incident last Friday (1o Apr), when he ushered a blind woman and a guide dog out of a Zara store in Ngee Ann City.

That blind woman involved happens to be Cassandra Chiu, better known by her online moniker, “Mama”.

RSH Limited, which distributes and retails Zara clothing in Singapore, has also apologised to Chiu.

“We sincerely apologise for the unpleasantness, disappointment and anger caused to Ms Cassandra Chiu, as well as members of the public.”

It also confirmed that the store welcomes guide dogs and their owners.

RSH added that the incident was caused by an “unintentional misunderstanding regarding courtesy rules.”

Chiu had complained in a Facebook post about she was turned away by the Zara security guard because of her guide dog Esme.

Chiu also alleged that the guard verbally abused her.

But an eyewitness says that the guard had stopped Chiu and told her several times that animals were not allowed in the Zara store.

The eyewitness says that the incident turned ugly after Chiu’s male friend started behaving aggressively towards the guard.

Similar to many fashion and food establishments, Zara apparently does not allow pets in their stores.

This isn’t the first incident in which Chiu has been turned away from a store and complained about it publicly behind the online persona of a dog.

Chiu has drawn criticism for her antics, which have been seen as a deliberate attempt to put others in a spot and threaten their livelihoods just to gain personal attention and sympathy. 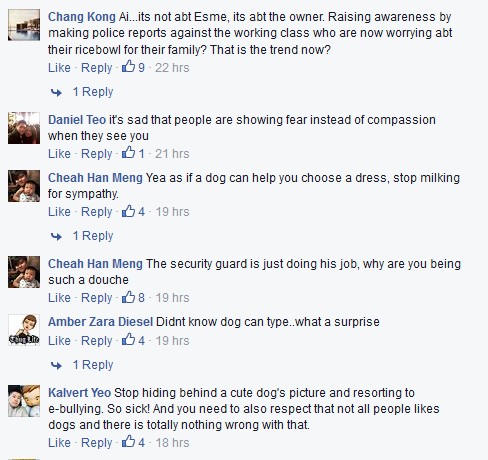 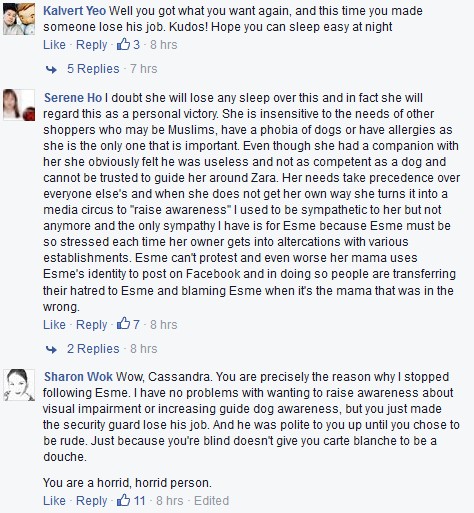 Her outbursts have also been seen by some as a way of championing the rights of the blind to bring guide dogs wherever they please. 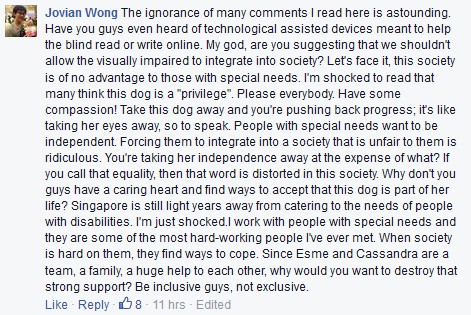